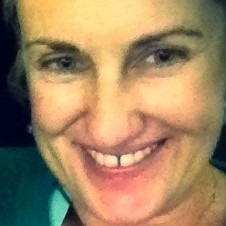 Kerri: I also have an essay in the Spring, 2000, issue of *Quaker History*: "Cyrus Cooper's Memorial and the Free Gospel Ministry."  It was my first significant attempt to write Quaker history on a professional level, and I am critical of it.  Some others tell me that it was well done.

Kerri: Have you become acquainted with Shane Moad and the Beverley Friends Meeting? http://www.quakerquaker.org/profile/ShaneMoad?xg_source=profiles_memberList

By the way, Kerri, some Australian summer sounds very inviting right now.  It is mid-winter here, and the local Mennonites tease me by calling our place "Siberia"!

I am Bill Rushby; I don't know if you were replying to me, or to "John" of whose identity I am not sure!

Some of my maternal grandfather's ancestors came to Canada via Australia.  When I was in 6th Grade, our family moved to California and had close contact with an Australian woman who had married an Iowan.  She was my mother's cousin, and her maiden name was Menzies, I think.  When we moved back east, we lost contact with her husband and her, which I regret.

If you think you may have American relatives who were (or are) Friends, you could contact the folks at the Quaker Collection at Haverford College (in Pennsylvania) and ask for their help in exploring the genealogical connections you may have here in America.  See http://www.haverford.edu/library/special/

My grandfather's ancestors in New Brunswick are buried in the Anglican cemetery or, if living, belong to the Anglican church, I guess.  Some of his Australian ancestors were Primitive Methodists; that may be where the more radical Christianity of the present generation in my family comes from!

You are turning tables on me by asking about my spiritual pilgrimage!  I don't know that I have written about it much on QQ.  Actually, I was raised in the Presbyterian Church, but became dissatisfied with it as a teenager.

I began attending a Friends meeting when I went to college.  The meeting was several degrees more liberal in theology than I was, but I was only half-aware of that at the time.  The college-age youth group was wonderful, and did much to keep me attached to Friends.

The meeting had a rather good library, and I used it to explore Quaker history in considerable detail.  An itinerant Quaker missioner introduced me to *Quaker Religious Thought* and the Quaker Theological Discussion Group during my college years, and that set me on a path which led to extensive Anabaptist connections and to the Conservative Friends.

I married a birthright Conservative Friend from a traditionalist family, and I'm afraid that we have been regarded as marginal folks for many years because we dissented from the status quo in Ohio Yearly Meeting.  For our insistence on marching to the tune of a different drummer, we were involuntarily "released" (in franker days, they called it "disowned") from membership.

My wife died in 2013, and I continue to struggle with intense grief over her passing.

One of the ways I have coped is to plunge once again into Quaker scholarship, which I had neglected for several years as we faced repeated tragedies and setbacks in our lives.  Lately, my essay on Conservative Friends has found its way into print in *Quaker Religious Thought*.  If you read it, you will see why some Conservative Friends find me hard to take, even though I have no intention of offending.

My essay on "Ann Branson and the Eclipse of Oracular Ministry in 19th Century Quakerism" is in the hands of the Editor of *Quaker History*; I don't know if it will be accepted by them for publication, or not.  I have some other papers I need to revise and submit for consideration, but I am not rushing to do so.  My papers turn out better if I give them time to develop properly.

For several years, we have attended the McDowell Mennonite Church here in Highland County.  They have loved and cared for us on a level Friends don't usually manage, and that may be part of the reason their fellowship is so strong and growing!

Best wishes to you!

Some Australian summer would feel very nice right now here in the mountains of Virginia!

If you would care to share an account of your spiritual pilgrimage, I would love to read it.